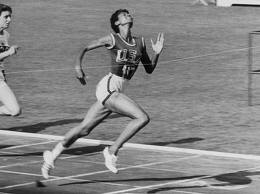 In the 1960’s, Wilma Rudolph was considered the fastest woman in the world.  She also was a civil rights and women’s rights pioneer.  Here is what she said:  “Never underestimate the power of dreams and the influence of the human spirit.  We are all the same in this notion:  The potential for greatness lives within each one of us.”

It was at the 1960 Summer Olympics held in Rome, where Wilma Rudolph won three gold medals in track and field during a single Olympic Games.  She was the first woman to achieve this title.  Under Wilma Rudolph’s influence, track and field became a major presence in the United States.

Wilma Rudolph continues to inspire many today.  I believe she lived her life full of passion, sharing her greatness with the world.

Let’s live our life with great passion, sharing our gifts with the world.

About I am Alice

If anyone would have asked me three years ago if I had ever considered writing books, I would have promptly answered, "No." Today, it is a very natural feeling to write. I suppose since I enjoy talking so much, and I mean a lot, it should not have surprised me! I love communicating through writing as I feel completely united with my soul and my thoughts flow, often times as well as tears as I am altogether emerged in that feeling, in that moment. Check out the "About Alice" page to find out why I titled this site, "I am Alice" and why, "It Feels Good To Be ME."
View all posts by I am Alice →
This entry was posted in Home and tagged abundance, calmness, encouraging, fulfillment, happiness, happy, health, inner peace, inspiration, inspire, joy, love, peace, positive, positivity, self development, self help, uplifting. Bookmark the permalink.